SEO companies and individuals alike are starting too… no, DO HAVE, the reputation of blood-sucking lawyers. And why shouldn’t they? It seems everywhere you look there’s someone that has gotten scammed, ripped-off or suckered into spending thousands of dollars on something they either didn’t need or didn’t get. 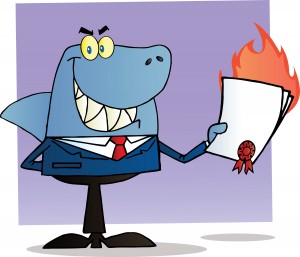 Finding a reputable SEO company is literally like a needle in a haystack. Just like used car salesmen, mechanics and lawyers, finding one that won’t rip you off or treat you like an idiot is becoming a lost art form.

Of course I didn’t realize this when I got into this business. I just thought this is a great way to help people with the knowledge I know; the information I have gained and studied and maybe we can actually make enough to pay the cable bill.

Well that thought took off.  And now we have a booming “small” business that’s doing fairly well. (We’re able to pay a little more than the cable bill now) But we’re still doing it for the same reason. Individuals couldn’t afford the thousands it took to buy SEO or learn SEO and they were falling behind. We wanted to fill that gap for those that needed that individual touch in whatever SEO area they were lacking.

But unfortunately because so many have been burned in the past, we still feel the sting of that disdain and get the snub nose even if just online in comments and blogs. There are reputable SEO companies out there but I will admit, we have seen far too many that have ripped people off, cost way too much, performed black-hat techniques such as buying back links and eventually get the website banned. What’s worse, is they are extra gun-shy when talking with us. OR, they just talk about us behind our backs. “There’s no way they know anything relevant about SEO” – “They’re no SEO expert” And while I don’t say that about their business, somehow they feel it necessary to clump all us SEO people into the same bad hat.

I will admit that there are those that do nothing but collect a check for PPC advertising that anyone could do. And there are those that say they will do things and never complete them. The closer a website gets to the top, the most other SEO companies will pull out all the stops and send spammy emails saying they don’t rank for such and such or this or that key phrase. People believe it and wonder why they don’t. Research tells them that that’s a dumb key phrase that no one is going for so it doesn’t make any sense to rank for it. They only want to jump in on a well-ranking site and ride the coat-tails to the top taking all the credit after they rope some unbeknown client into their expensive plan.

So are we guilty by association? Unfortunately yes. What do we do about it? Pull up our britches and take it like a man (err woman) and say, to heck with them. We can’t win them all. We know how we operate and we provide results and customer service to those that give us a chance. Those referrals are all we need to continue to perpetuate the business.

And that’s just fine with me.

This site uses Akismet to reduce spam. Learn how your comment data is processed.